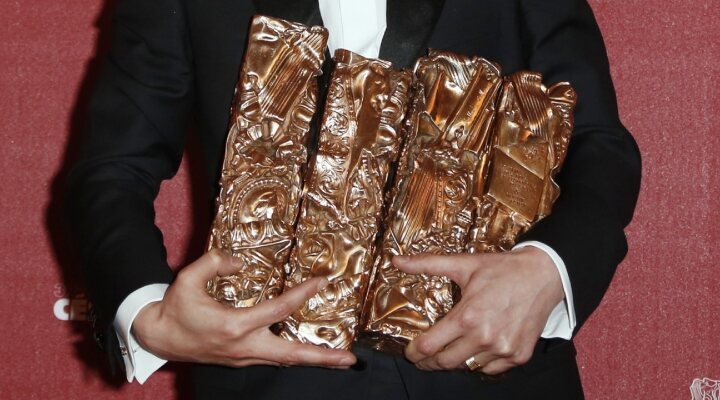 After the great day lived this past January 24 with the announcement of the nominations for the 95 Oscar Awards, now it is the turn of French cinema. This January 25, the French Film Academy, which belongs to the most important European film industry, announced its nominations for the 48th César Awardswhich will take place, for the third time in a row, at the Olympia theater in Paris, February 24. Some applications that come with a strong Spanish presence.

Through an official statement published early in the morning, the French Film Academy has announced the César nominees for this 2023. There are very striking data, such as the decrease in the number of nominees for the awards. In categories such as best film, best direction, best actor, best actress, best supporting actor, best supporting actress or best foreign film, the nominations have been reduced to five, when the usual thing was to have seven candidates (except for the year 2021, marked by the pandemic).

This decrease in nominations has mainly affected the category of best direction, where, for the first time since 2014, there is no female filmmaker among the nominees. Precisely, the expansion of candidacies from five to seven allowed projects led by female directors to have more representation. Paradoxically, The absence of female filmmakers occurs the year in which the French Academy has made an important series of modifications after the severe criticism it experienced during the 2020 crisis, which ended with most of the board resigned. The reduction in nominees for best adapted screenplay is also striking, with only three candidates.

No female filmmaker has been nominated for Best Director, something that has not happened since 2014

Beyond this controversial sounding, ‘The innocent’ led with 11 nominations. The fourth feature film as a director by actor Louis Garrel has become one of the most acclaimed for the performer, who is nominated for the Best Director award for the first time. The next in number of nominations has been the thriller ‘The night of the 12th’, one of the great box office and critical successes of the year, close to three million euros and 500,000 viewers. Opt for ten awards.

This 48th edition has stood out for having a Spanish presence. Finally, Albert Serra has managed to be recognized by the French Academy. His latest feature film, ‘Pacifiction’, considered the most accessible of his filmography, has received nine nominations, including best film, best director and best actor. It should be remembered that Serra’s film is essentially a French productionin which Spanish participation has been a minority, despite the nationality of its director. Mention also for ‘As bestas’, by Rodrigo Sorogoyenwhich has earned a nomination for best foreign film. 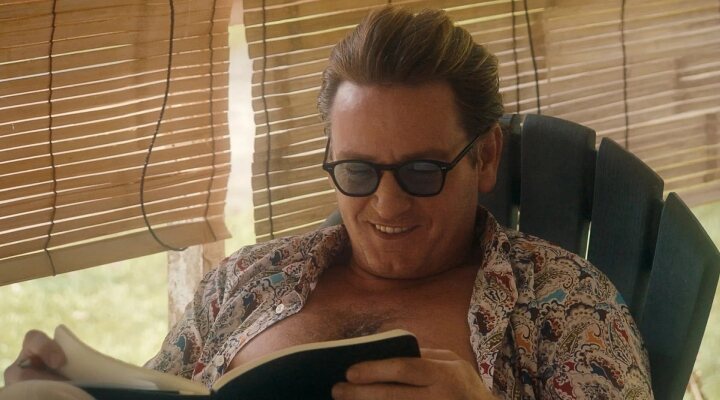 The actor Tahar Rahim will be the president of the ceremony that, for the first time, will not have a master of ceremonies. There will be nine actors who will replace the work of the conductor, with Emmanuelle Devos, Léa Drucker, Eye Haïdara, Leïla Bekhti, Jérôme Commandeur, Ahmed Sylla, Jamel Debbouze, Alex Lutz and Raphaël Personnaz as entertainers of the gala.

– ‘The Innocent’, by Louis Garrel

– ‘The Amandiers’, by Valeria Bruni Tedeschi

– ‘One step forward’, by Cédric Klapisch

– Cédric Klapisch, for ‘One Step Forward’

– Louis Garrel, for ‘The Innocent’

– Louis Garrel, for ‘The Innocent’

– Vincent Macaigne, for ‘Chronicle of an Ephemeral Love’

– Fanny Ardant, for ‘The Young Lovers’

– Juliette Binoche, for ‘On a Dock in Normandy’

– Virginie Efira, for ‘Memories of Paris’

– François Civil, for ‘One Step Forward’

– Pio Marmaï, for ‘One step forward’

– Roschdy Zem, for ‘The Innocent’

– Anouk Grinberg, for ‘The Innocent’

– Noémie Merlant, for ‘The Innocent’

– ‘The innocent’, by Louis Garrel, Tanguy Viel and Naïla Guiguet

– ‘One step forward’, by Cédric Klapisch and Santiago Amigorena

– ‘The night of the 12th’, by Gilles Marchand and Dominik Moll

– ‘A scandal of the State’, by Thierry de Peretti and Jeanne Aptekman

– ‘Bruno Reidal. Confession of a murderer’, by Vincent Le Port

– Bastien Bouillon, for ‘The Night of the 12th’

– Dimitri Doré, by ‘Bruno Reidal. Confession of a murderer’

– Paul Kircher, for ‘Dialogue with Life’

– Marion Barbeau, for ‘One Step Forward’

– ‘Jane for Charlotte’, by Charlotte Gainsbourg

– ‘The Super 8 Years’, by Annie Ernaux and Davie Ernaux-Briot

– ‘Return to Reims’, by Jean-Gabriel Périot

– ‘As bestas’, by Rodrigo Sorogoyen (Spain)

– ‘The triangle of sadness’, by Ruben Östlund (Sweden)

– ‘The Night of the 12th’ – Patrick Ghiringhelli

– ‘Simone, the woman of the century’ – Gigi Lepage

– ‘Simone, the woman of the century’ – Christian Marti

– ‘The Night of the 12th’ – François Maurel, Olivier Mortier and Luc Thomas

– ‘The Innocent’, by Louis Garrel

– ‘The Amandiers’, by Valeria Bruni Tedeschi

– ‘One step forward’, by Cédric Klapisch

Films by number of nominations

– ‘Simone, the woman of the century’: 2 nominations