INAI orders the disclosure of the US file on Ayotzinapa 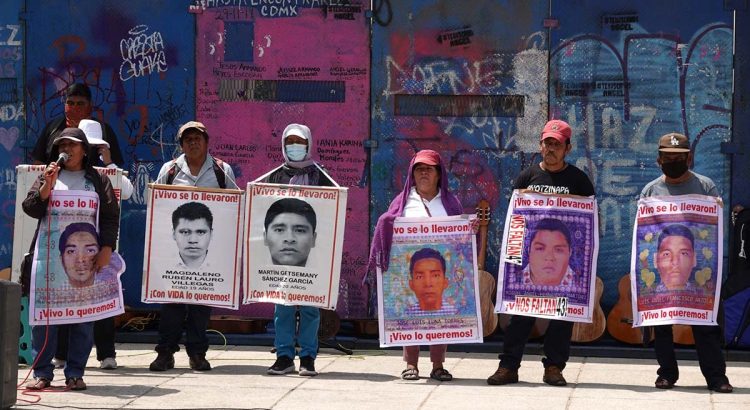 The National Institute of Transparency and Access to Information (INAI) ordered this Wednesday the Mexican Presidency to reveal the file shared with this government by the Vice President of the United States, Kamala HarrisOver the 43 missing students from Ayotzinapa.

The commissioners of the autonomous body determined that the president, Andres Manuel Lopez Obradormust publish the documents that he said he received in May 2021, after a virtual meeting with Harris, about the young people who disappeared in the southern state of Guerrero in September 2014.

“At INAI we always promote the principle of maximum publicity, since access to justice, truth and historical memory is part of a true reparation for the damage,” argued Commissioner Norma Julieta del Río, according to the report of the organism.

López Obrador asked Harris for the file as part of the investigation into the truth commission of his government, which last August determined that the Ayotzinapa case was “a state crime” that involved authorities at all levels, including the military.

The files from the United States include wiretaps carried out in that country by Guerreros Unidos criminal groupwhich is related to the disappearance of the 43 students, according to the INAI.

The autonomous body justified its decision because the case “is emblematic of the crisis in terms of serious human rights violations that Mexico has suffered.”

“Those of us who make up this plenary session have promoted in each and every one of our presentations the opening of all information related to the Ayotzinapa case,” said Commissioner Del Río.

The controversy over the disappearance of the 43 students was revived last year, on its eighth anniversary, by the report of the Truth Commission, which presumed dead.

But, later, the Interdisciplinary Group of Independent Experts (IGIE) of the Inter-American Commission on Human Rights (IACHR) pointed out inconsistencies.

While the person in charge of the Truth CommissionAlejandro Encinasacknowledged “that much of what was presented as new and crucial evidence could not be verified as real,” according to a note from The New York Times.

According to the version of the Government of Enrique Peña Nieto (2012-2018), the so-called “historical truth“Corrupt police officers arrested the 43 students and handed them over to the Guerreros Unidos cartel, which murdered and incinerated them in the Cocula garbage dump and dumped their remains in the San Juan River.

The López Obrador Administration has denied this “truth”, agreeing with relatives and the GIEI, which pointed out that the bodies could not be burned in that place.