MLB: Scott Rolen is elected to the Hall of Fame | Video 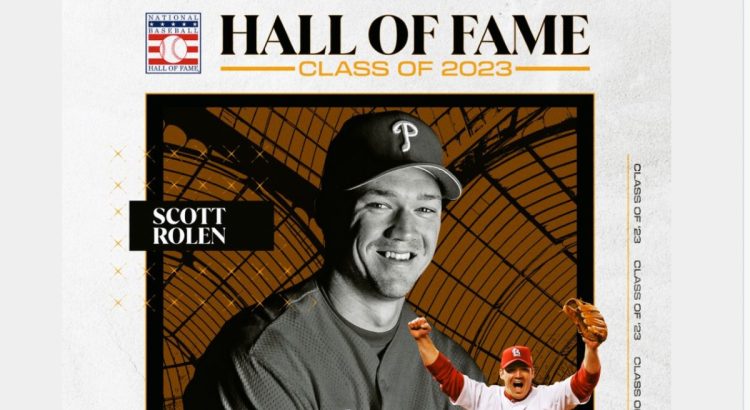 Former third baseman Scott Rolen was chosen this Tuesday as a new member of the Major League Baseball Hall of Fame, located in Cooperstown, New York.

In the vote of the members of the Baseball Writers Association of America, whose results were communicated by the Major Leagues, the American Rolen was chosen with 76.3 percent.

Scott Rolen is a Hall of Famer! He’ll take his place among baseball immortals on July 23 in Cooperstown.

This way, the third baseman surpassed the 75 percent of the votes established to enter the Cooperstown Hall, New York.

In the class Of 2023, Rolen will be accompanied at his induction by Fred McGriff, who was unanimously elected by the sixteen members of the Committee of the Era of Contemporary Players.

Fred McGriff got his Hall call in December. Hall of Fame President Josh Rawitch tells Brian Kenny of @MLBNetwork about the Crime Dog’s reaction to the news. pic.twitter.com/XbI63kWxOY

To Rolen, who debuted on the ballot in 2018, this was his sgreat opportunity to enter the Hall of Fame.

At 47 years old, Rolen is the eighteenth third baseman who wins a place in Cooperstown and the first to do so since Chipper Jones in 2018.

the starter Todd Helton followed Rolen in the voting, with 72.2% of the vote, and third place went to the left-handed closer Billy Wagner, with 68.1%.

Among the Latin Americans who aspired to achieve their plaque in the Hall of Fame, the Curaçao was better positioned Andruw Joneswith 58.1% of the votes.