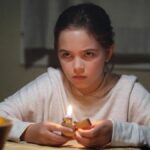 The Razzies, the generally disgusting group that nominates the “worst” movies and performances of the year, used to be a group that was fun and witty but in recent years has curdled into something petty and unflaggingly mean-spirited.

That was-shocker! – the case again this year, when the group nominated 12-year-old actress Ryan Kiera Armstrong, who starred in last year’s “Firestarter” remake, as Worst Actress. The outrage was, as you can imagine, swift. And on Wednesday, the Razzies issued a predictably weak-tea response apologizing. How noble!

You can read the statement below, which is attributed to John Wilson of the Razzies, someone who we can only assume has created as much art, provided as many jobs and generated as much happiness as all of the performers and filmmakers the awards routinely, cruelly dunk on. (We cleaned up some of the weird spacing and spelling errors as a courtesy.)

“Sometimes, you do things without thinking, then you are called out for it. Then you get it. It’s why the Razzies were created in the first place,” Wilson wrote.

“The recent valid criticism of the choice of 11-year-old Armstrong as a nominee for one of our awards brought our attention to how insensitive we’ve been in this instance. As a result, we have removed Armstrong’s name from the Final Ballot that our members will cast next month. We also believe a public apology is owed Ms. Armstrong and wish to say we regret any hurt she experienced as a result of our choices.

Having learned from this lesson, we would also like to announce that, from this point forward, we are adopting a Voting Guideline precluding any performer or filmmaker under 18 years of age from being considered for our awards.

See also  Reason why Iron Man 3 has a Christmas theme

We have never intended to bury anyone’s career. It is why our Redeemer Award was created. We all make mistakes, very much us included.

Since our motto is ‘Own Your Bad,’ we realize that we ourselves must also live up to it.”

Why anyone pays attention to the Razzies at all is a true mystery, but the fact that they pull stuff like this almost every year should really solidify their obsolescence. Truly this is a case of “don’t feed the trolls.” 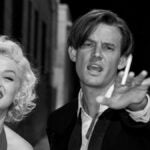