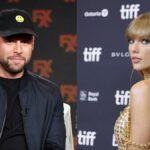 It’s not clear where that leaves former co-CEO Lenzo Yoon, who has been with the company, formerly known as Big Hit, since 2010. He was originally hired as the company’s head of strategic planning.

Big Hit founder Bang Si-Hyuk stepped down as CEO in July 2021 and is still the company’s chairman.

Braun joined the board of HYBE in April 2021 after his investment company Ithaca Holdings merged with the company and kept the title of CEO for its American business. Among Ithaca’s holdings are media company SB Projects and celebrity clients including Ariana Grande, Demi Lovato and Justin Bieber and Big Machine Label Group.