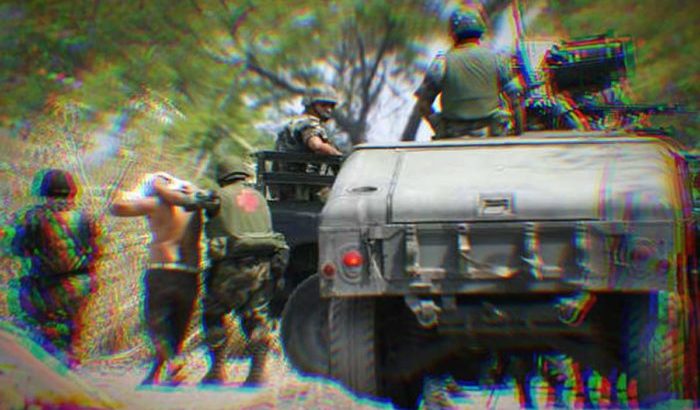 The Supreme Court of Justice of the Nation (SCJN) determined that the National Detention Registry Law is constitutional, although it ordered to correct a couple of legislative omissions.

In a plenary debate, the unconstitutionality action promoted by the National Human Rights Commission (CNDH) on two articles referring to the participation of armed forces in the detention of persons.

Minister Javier Laynez Potisek’s project determined that the correct interpretation of the law is that the military must register detainees when they participate in public security tasks.

Another interpretation, which has already been discarded, was that the soldiers had to hand over the detainees to some civil authority so that the electronic search could be carried out.

However, the SCJN warned that the Congress of the Union did not consider within the Law the actions that must be carried out by the personnel in charge of the Registry, when they are in risk or your database is vulnerable.

For this reason, it ordered the Congress of the Union to correct this omission within the two ordinary sessions following the notification of this sentence.

Regarding the claim for invalidity of articles 19 and the fifth transitory of the National Law on the Detention Registry, requested by the CNDH, the plenary session of the SCJN concluded that although the fifth transitory article provides that the permanent Armed Forces carry out tasks of public security, will be subject to the provisions of the law, without the provisions of article 19 of the same ordinance being applicable to it, it will be subject to the content of the Registry Law.

This implies that, despite the fact that the Armed Forces are not obliged to notify the police authorities of the arrests to generate the record, they must do so directly and immediately, for which reason they must have accounts and access to the databases. .

“The aforementioned article 19 provides that, when the arrest is carried out by authorities that carry out functions in support of public safety, these, under their strictest responsibility, must immediately notify the competent police authority of the arrest, providing the necessary information. so that it generates the corresponding record”.

The project to address this analysis for the unconstitutionality action requested by the CNDH, was headed by the minister, Javier Laynez Potisek.