‘The Last of Us’: The mythical spores of the video game could appear in the series 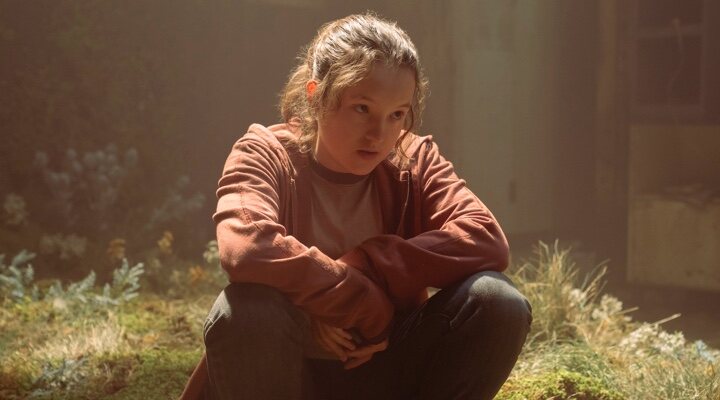 The second episode of ‘The Last of Us’ has just been released, a television adaptation of the successful video game of the same name starring Pedro Pascal and Bella Ramsey. This chapter has left us a nod to the original product thataccording to the words of the showrunners of the series, it may be more than just a mention.

*This article contains spoilers for the second episode of ‘The Lasf of Us’.

In the second chapter, Joe (Pascal), Ellie (Ramsey) and Tess (Anna Torv) enter the forbidden zone full of infected. In a conversation that the characters have while walking, Ellie asks about the types of infected that exist, specifically she says: “So there aren’t any Super-Infected that are shooting fungus spores?” For the public that has not played video games, this question may not mean anything special, but for those who have, they will have understood the reference to the game, where spores are a very mythical item. There, the survivors need masks to avoid breathing them, if they do, they become infected. At the moment, in the series we don’t know if the spores exist, but the statements of the showrunners, Craig Mazin and Neil Druckmann, suggest that they do and that we could see them at some point.

In an interview with Entertainment WeeklyMazin and Druckmann have addressed the possibility of seeing the spores in ‘The Last of Us’: “I don’t think we’ve removed the universe spores from our show. We just haven’t gotten there yet. They may appear. We may have a plan.” It’s not just that they have a plan, it’s that they believe that people deserve to see them because of the good reception of the series: “The way they are in the game is not compatible with how realistic the series has become. We’ve had some conversations recently. I thought, ‘Is there a way to get it?’ If enough people watch the series from day one, we could show the spores.”says Druckmann, also the director and co-creator of the game for Entertainment Weekly. For his part, Mazin has limited himself to saying: “If you want spores, watch the series.”

See also  RHOC: Why Vicki Gunvalson Was Expelled From The Housewives Spin-off

In addition to the nod to the spores, the second chapter of ‘The Last of Us’ it also makes one of ‘Uncharted’, a popular video game saga created by the same company, Naughty Dog. As you have to have a lynx eye to discover the easter egg, Naughty Dog’s Instagram account has shared a publication in which they reveal what it is about:

“‘Uncharted’ fans: Did Tess’s lighter from last night’s episode of ‘The Last of Us’ look familiar to you? Its design is inspired by Sam Drake’s lighter from ‘Uncharted 4: A Thief’s End’!”says the post. Tess, rest in peace, uses the lighter to burn down the museum that is infested with the infected so that Joel and Ellie can escape to safety.

‘The Last of Us’ premieres new episode every Monday on HBO Max. The first season consists of 9 chapters.