Aquaman’s partner would have been Batman’s best Robin 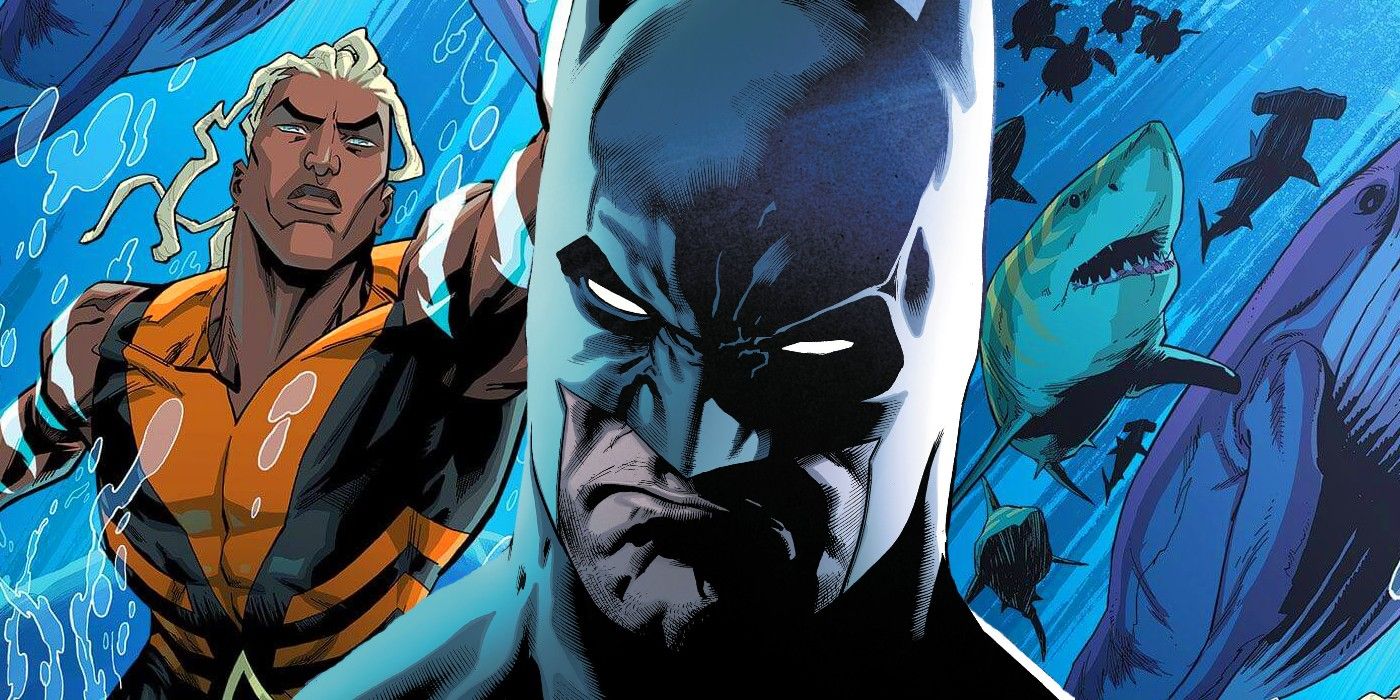 Aquaman’s sidekick Aqualad has just shown that he can overcome great mental anguish, making him the perfect match for Batman villains like Scarecrow and Joker.

It takes a certain kind of person to face bat Manvillains without going crazy. Between the psychological tricks of Joker and Scarecrow and the sheer horror of twisted villains like Professor Pyg and Victor Zsasz, members of the Bat-Family need to have a strong psychological disposition that can withstand the rigors of serving Gotham. Surprisingly, that means that a water hero might be the most suitable DC character to work alongside the Dark Knight.

prior to Future state took over the DC comic line, revealing the potential future of his heroes, Batman had already assembled a cadre of (relatively) well-suited warriors to join his mission. But now that the fans have seen how things work, it seems like AquamanBuddy Aqualad could have been a far greater asset to Bruce’s family of bats than Tim Drake, Barbara Gordon, and even Dick Grayson, at least according to how events unfold in Future State: Aquaman # 1 written by Brandon Thomas with art by Daniel Sempere.

In the debut issue, Jackson Hyde could have changed the “boy” to “man” in his superhero name, but that doesn’t help him prevent him and Aquawoman from being thrown into the Confluence, an interdimensional nexus connecting planets and galaxies. distant. . The Nexus then transports Hyde (though not Aquawoman) to Neptune, where an indigenous species imprisons him for years. The new Aquaman attempts to escape his imprisonment numerous times, but each attempt fails, a process that slowly affects his mental state. This decline is first evident when his latest escape effort ends in his captors dragging him into the depths and he succumbs to a fit of uncontrollable laughter (illustrated in the same style as the ubiquitous ‘haha’ from Joker).

Aquaman finally learns that all of his attempts have failed because he is overwhelmed by psychological trauma. What Hyde believed to be a weakness caused by the atmosphere or some hidden restraint was actually deep-seated mental anguish. Unbelievably, now that Hyde knows his failures are due to the demons in his head and not a physical weakness, he is able to summon his full strength and break free from his chains before killing his captors. Hyde is able to overcome years of devastating trauma to function at his best long enough to break free. As if flipping a switch, the future Aquaman identifies the source of his ailment and regains his full strength – the exact skill heroes need to overcome. Huge Strange mind games or the Mad Hatter.

Like Aqualad, Hyde’s ability to instantly control the psychological trauma that has plagued him for years would be indispensable to bat Man. Aqualad could easily fight off the terrifying effects of Scarecrow’s many fear toxins and even resist Joker’s. Killer jokeSheer pranks to protect the innocent victims of Gotham. Sadly, his skills have been wasted on Aquaman.

Next: DC’s New Aquawoman Is The Justice League’s Version Of Wolverine