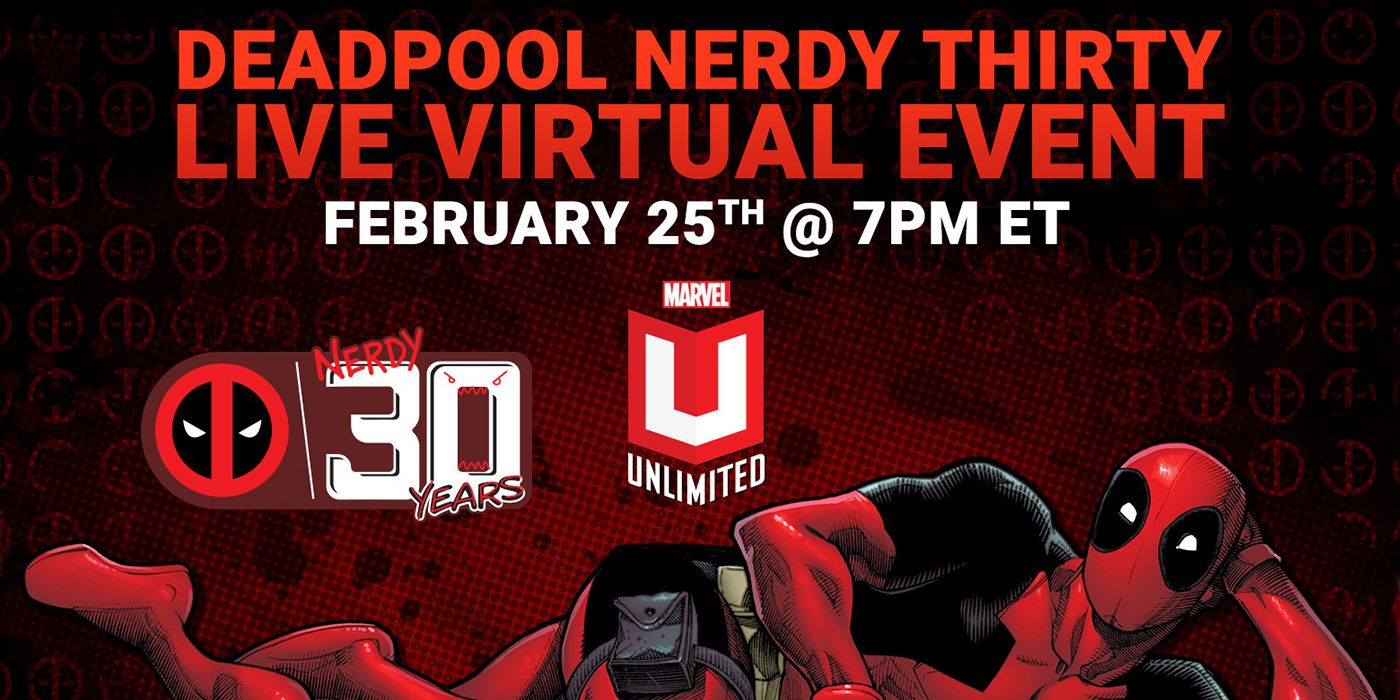 Marvel will launch the virtual event “Deadpool’s Nerdy Thirty” on February 25, celebrating the 30th anniversary of Merc with a Mouth.

Marvel is kicking off Deadpool’s 30th anniversary in style.

The virtual event “Deadpool Nerdy Thirty” will take place on February 25 at 7 pm ET and will feature a host of comic book creators, including Gail Simone and Daniel Way, along with Deadpool co-creators Fabian Nicieza and Rob Liefeld. Fans attending the event will learn secrets about Deadpool from the creators in attendance. Marvel Unlimited Annual Plus members will be able to attend the event for free, while a limited number of tickets will go on sale to non-members at ShowClix.

The “Deadpool Nerdy Thirty” event is just one part of Marvel’s celebration of Merc with a Mouth’s 30th anniversary. Liefeld will also draw a series of variant covers featuring Deadpool with other heroes, and will launch a series of five-part podcasts chronicling the character’s creation.

Deadpool was created in 1991 by Nicieza and Liefeld, appearing for the first time in The new mutants # 98. Since then, the character has become one of the most popular Marvel characters, and even served as the star of a video game and a hit movie franchise, with a third installment set to take place in the Marvel Cinematic Universe.