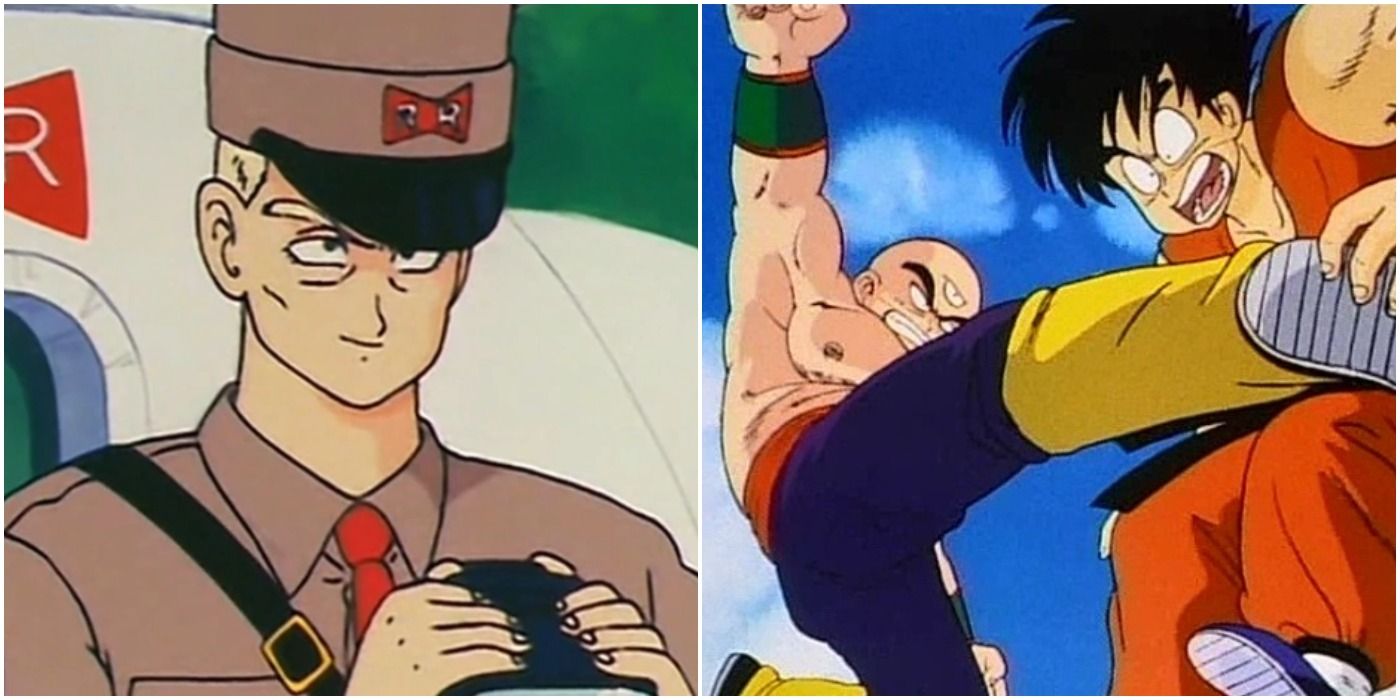 A casual fan can be forgiven for thinking that it is always the strongest who wins at it. Dragon Ball franchise. Hardcore fans, however, know best. While many battles in Dragon Ball have been determined by force, some battles have been won by characters who are not actually the most powerful, including some of the long-running saga’s antagonists.

In some cases, these villains were weak fighters who found unconventional means to win. In others, they were enemies seen as powerful at the time, but were later overtaken by the Z Fighters’ growing list of enemies.

The world believed that Mercenary Tao had died after Goku threw a grenade at the assassin. However, at the 23rd World Martial Arts Tournament, Tao surprised Goku and his friends by returning as a cyborg. Unsurprisingly, Tao’s mechanical enhancements had also given his strength a huge boost, as he revealed by easily eliminating his former Crane School student Chiaotzu. However, the cyborg Tao was far less successful against Chiaotzu’s best friend, Tien, who withstood Tao’s strongest attack with ease and knocked out his former master with a single punch to the stomach.

Goku quickly earned King Piccolo’s wrath by killing Tambourine, just as his new friend Yajirobe had murdered another of Piccolo’s spawn, Cymbal. Putting aside his quest to collect the Dragon Balls, King Piccolo tracked down Goku to exact his revenge. Goku caught King Piccolo off guard with his speed and strength, but the tide turned as the evil Namekian shed his heavy robe.

After taking several hits from King Piccolo, Goku struck back with the Kamehameha, which did absolutely no damage. King Piccolo then retaliated with his Makosen beam, stopping Goku’s heart long enough for the “king” to steal Goku’s Dragon Ball and leave him for dead.

Tien had made it his goal to defeat King Piccolo once and for all by sealing him in a rice cooker with the Wave of Evil Containment. However, instead of fighting Tien, King Piccolo delegated the task to his newest son, Drum. Although not as strong as his father, Drum proved to be more than a match for Tien. Aside from a timely headbutt, the three-eyed martial artist barely hurt Drum. Once Drum hit Tien to the ground, King Piccolo ordered him to take out Tien’s heart, but Drum was stopped by the timely arrival of Goku.

After Goku’s fight with Tien at the World Martial Arts Tournament, tragedy struck when he found Krillin killed by Tambourine’s hand. Krillin’s death was part of a larger plan put in place by the evil King Piccolo to assassinate previous tournament participants, so that no one could challenge him as Masters Roshi, Shen and Mutaito had done years before. Tambourine killed several other former contestants from the World Martial Arts Tournament and even blew up Goku’s Flying Nimbus, but it fell easily when Goku engaged him in a proper fight.

Before joining the Z Fighters, Tien was actually a villain, as well as Master Shen’s best student. Tien faced Yamcha at the World Martial Arts Tournament, impressed that the former Wolf Bandit had the strength to back his bravery. Yamcha then surprised everyone, including his martial arts instructor and fellow Turtle School mates, by attacking Tien with a Kamehameha. However, Tien had a surprise of her own and easily diverted the Kamehameha back to Yamcha. Although he successfully jumped on him, Yamcha’s luck ended quickly when Tien knocked him down and landed right on Yamcha’s leg, breaking it and thus winning the match.

5 The mercenary Tao attacked Goku and left him for dead.

Tao is certainly not Goku’s strongest opponent, but he was a huge step up from the Saiyan’s previous rivals, able to withstand Goku’s Kamehameha wave with only his damaged clothing. Additionally, Tao countered Goku’s famous attack with the Dodon Ray, a bolt that, although fired only from Tao’s finger, rivaled the Kamehameha in power.

The assassin’s Dodon Ray struck Goku in the chest, seemingly piercing the Saiyan’s heart. Tao then left with three of the Dragon Balls that Goku had collected, unaware that Goku had been protected from Dodon Ray by the four-star Dragon Ball, which he had hidden in his uniform.

At first, Krillin managed to land a few hits, but when he hit Blue hard enough to make his nose bleed, the general’s vanity took over, causing Blue to slam Krillin against a rock wall. Fortunately, Goku arrived just in time, moments before Blue was about to smash Krillin’s face with a large stone that he had found.

3 Bandage the mummy beat Yamcha until he gave up

Bandages was much stronger than Baba’s first two fighters from Fortuneteller, but he wasn’t the strongest. Still, he didn’t need to be to defeat Yamcha, easily surpassing the young martial artist’s speed and strength. Despite being outmatched, Yamcha nearly won by pushing Bandages into a pool of acid, but the mummy was rescued using one of his bandages as a rope. Unable to withstand Vendas’ continued barrage, Yamcha surrendered.

Although Bandages at one point hinted that he would throw Yamcha in acid, he showed a more heroic side in the Dragon Ball Z anime, donating energy to power Goku’s spirit bomb against Kid Buu.

The gap between Videl’s strength and that of the average Z Fighter was quite large, but she was still an incredibly talented martial artist. If he had fought Spopovich under normal circumstances in the World Martial Arts Tournament, he probably would have defeated or even killed him, especially after twisting Spopovich’s neck with a kick. However, the power of Majin that Babidi had magically bestowed on Spopovich made him much stronger and more resilient than the average human, allowing him to counter Videl’s movements with a ruthless barrage of attacks. If Yamu hadn’t ordered Spopovich to stop, Videl may not have survived.

one Fangs The Vampire defeated Krillin via blood drain and ringout

Fangs was the first fighter in the Fortuneteller Baba tournament, who made up for his lack of strength with cunning. When fighting Krillin, Fangs turned into a bat, circling too fast for Krillin to see before turning human again and sucking a large amount of blood from Krillin’s head. Fangs then easily defeated the weakened Krillin by throwing him out of the ring.

Unfortunately for Fangs, he soon lost to two significantly weaker opponents, namely Upa and Puar. Upa managed to drive Fangs away with garlic breath and mimicking a crucifix, while Puar knocked him down, turning into a giant hand.

NEXT: Dragon Ball: The 10 Most Dangerous Villains Goku Fought Against


Next
10 supporting anime characters stronger than the protagonist