Fate: The Winx saga shouldn’t turn the burned into villains 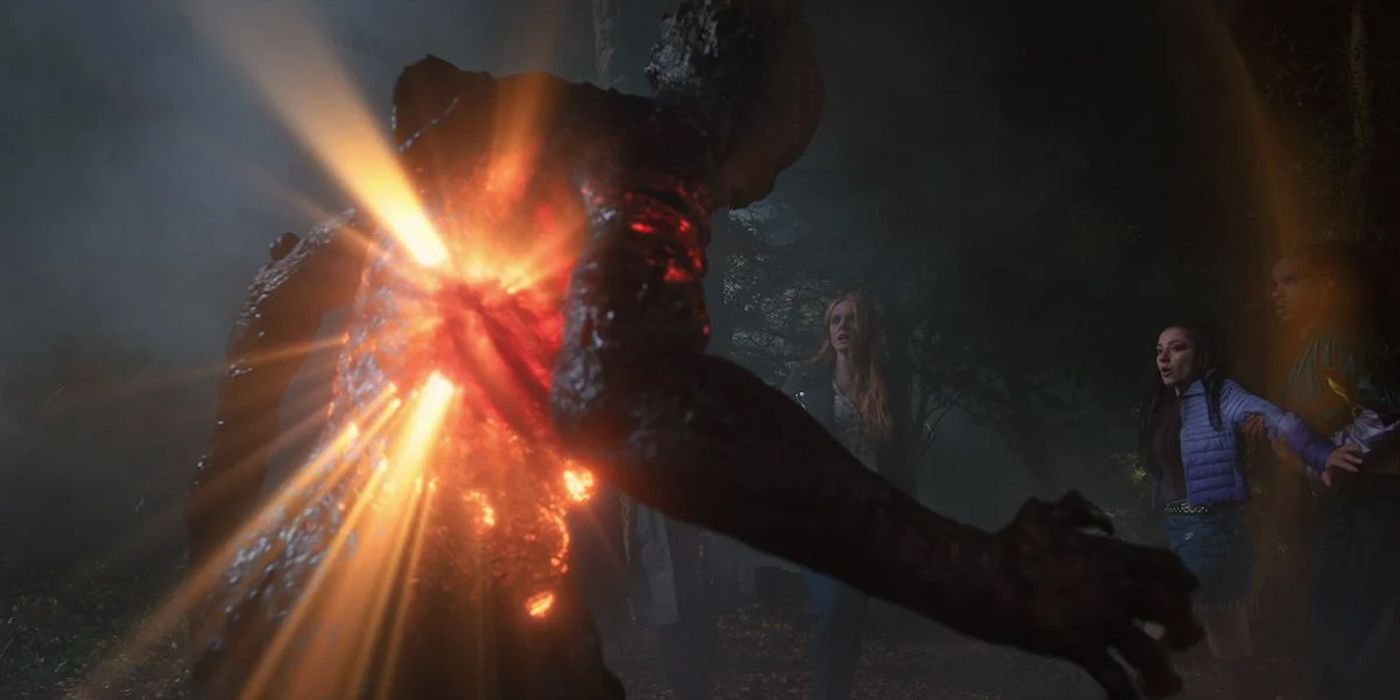 By turning the Burned Ones into the bogeymen of Fate: The Winx Saga, the series misses an opportunity to tell a more interesting story than that of being villains.

Burns are the ideal snot for Destiny: The Winx Saga season 1, but there’s more to the creatures than meets the eye and the series’ biggest mistake is turning them into villains. By turning the Burned Ones into villains, the series misses an opportunity to explore a more interesting story. For much of Destiny: The Winx Saga Season 1, the Burned Out are considered mindless monsters, causing nothing but destruction and death. It’s only during the season finale that audiences learn that the Burned Ones have more complex motives.

Since the beginning of the series, the Burned are present as a mysterious and invisible threat, a nameless evil that could descend on Alfea’s peaceful haven at any moment. When Bloom and other students at the school start encountering the Burned Out, they don’t find much to contradict this assumption. The charred humanoids appear to lash out and attack for no reason, leaving innocent fairies and specialists with injuries that lead to slow and painful death. The fear that Dowling and Silva have for the Burned makes their presence outside the barrier even more terrifying. One Burned One would be bad enough, but as the season progresses, the nightmare scenario becomes a reality as more Burned One start to appear until the students and staff are once again at total war with the creatures.

As nonhumans, the Burned are unfriendly. The audience does not have the same reaction to seeing a Burnout die as they do to the death of an enemy fairy or specialist. The fight against the Burned is not so much a war against enemies as an effort to exterminate a plague. This narrative works until the audience discovers in episode 6, “A Fanatic Heart,” that the burned were once human. According to Rosalind, 1,000 years ago the Burned Ones were soldiers in an ancient war, people who were condemned to become monsters with the power of the Dragon’s Flame. Now, the Burned are tracking him, presumably in an effort to destroy and recover him. This is exactly why the series missed an opportunity not to turn them into typical villains.

The fact that the Burned were once human makes their existence that much more problematic for the characters and the audience. They are not mindless monsters who want to kill, but tortured souls on a mission to find peace. The reveal introduces a more compelling narrative that should have been present in Destiny: The Winx Saga all time. Using the Burned Ones as antagonists is a traditional storytelling trope that eventually becomes obsolete as the audience becomes more familiar with them. Like all monsters, Burns are only scary as long as they remain unknown. Giving the Burned a mission and a comprehensive story turns them into layered characters who could act in surprising ways rather than follow an expected pattern of villainy.

Revealing the true nature of Los Quemados also presents a moral dilemma for the characters. Bloom and the Winx sagaThe other fairies can no longer simply destroy the threat they pose without considering the fact that they are also taking human lives. The Burned Ones are a group of people who have been wronged, linked to the program’s exploration of the nature of war and the aftermath of war crimes. Destiny: The Winx Saga Season 2 should continue to explore the Burned Out history, earning more audience sympathy for the group and its goals.

Jasmine Gallup is a ScreenRant writer, covering fantasy, science fiction, and superheroes. She has been working as a freelance reporter since 2018. By day, Jasmine writes for a small North Carolina newspaper near her hometown of Cary. In the evening, he explores the depths of film and television with his twin sister.