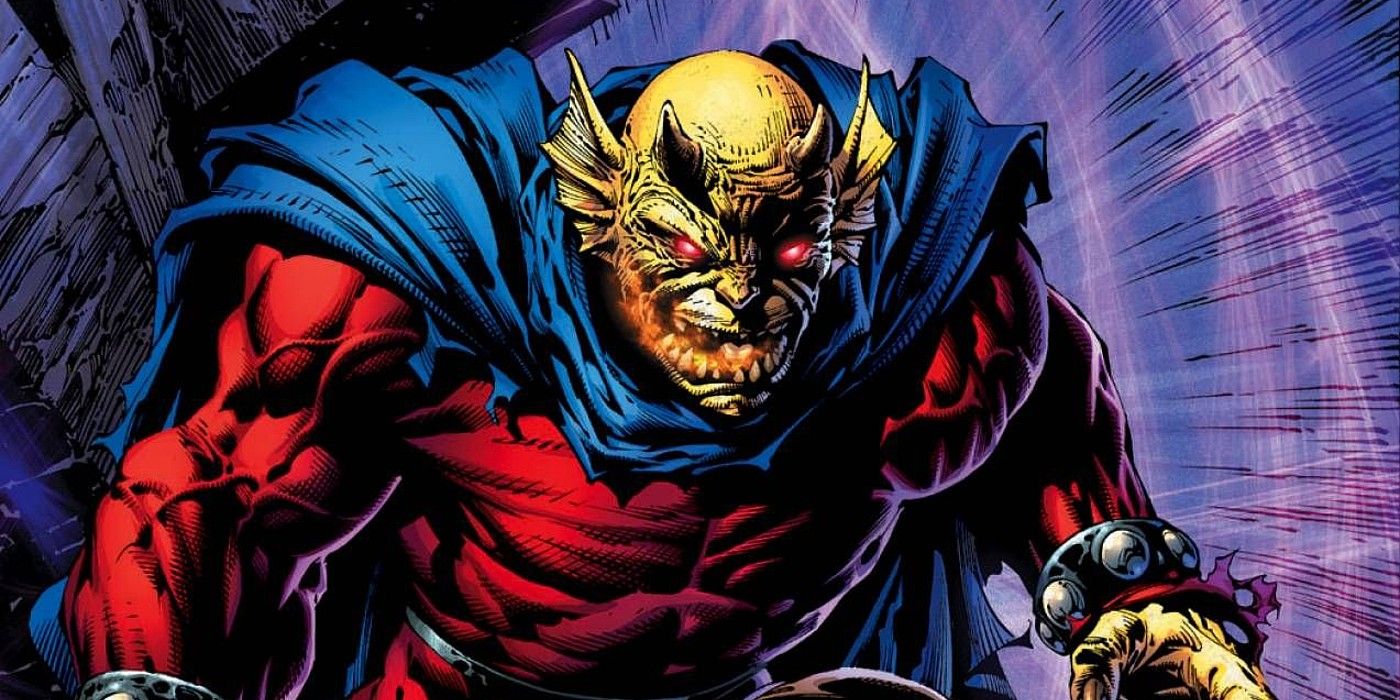 Etrigan the Demon has been through literal hell in Future State, and now he’s been betrayed by the last person he expected.

A central mystery facing the Dark justice league team in Future state turn around Etrigan and his refusal to attack the wizard Merlin, who is waging a war against Earth’s magic users. In the backing story in Future State: Justice League # 2, readers learn exactly why he won’t, and this leads to a shocking betrayal at the hands of his former human host: Jason Blood. The story, written by Ram V with art by Marcio Takara and colors by Marcelo Maiolo, is now available in stores and on all digital comic platforms.

At some point in the near future, the wizard Merlin and his forces will attack Earth, declaring war on all magic users. His forces are successful and many prominent sorcerers are killed or perished underground; John Constantine and Doctor Fate are missing. Zatanna builds a new Justice League Dark to stop Merlin once and for all; one of his new recruits is Etrigan, but he is no longer linked to Jason Blood, as his new host is Detective Chimp. Since this shocking reveal, readers have wondered the fate of Jason Blood and why Etrigan was reluctant to attack Merlin, and now DC has revealed the answers to both questions, and the two are intertwined.

Merlin reveals himself to Zatanna and the Justice League Dark, ready for the final battle. Readers learn that he separated Blood and Etrigan and took the human host hostage, which explains Etrigan’s reluctance to confront the wizard. If Etrigan attacked Merlin, Merlin would almost certainly kill Blood. The truly shocking moment came when Blood returned; it was revealed that he had allied with Merlin. Once free of Etrigan, Blood realized that his life was better without the demon and went on to want to kill Etrigan, and would have been successful if not for Doctor Fate’s intervention.

While this may seem like a shocking betrayal, and it definitely is, there is actually a precedent for it. Blood and Etrigan have never enjoyed a truly harmonious relationship, and Blood has actively tried to get rid of the Demon in the past. What’s interesting is that Blood would ally himself with Merlin, as it was the wizard who brought the two together in the first place. Also heartbreaking, Etrigan refused to attack Merlin out of respect for Blood, who thought he was on his side. If Etrigan had known of Blood’s intentions, could he have gone to kill Merlin and possibly save DC’s wizarding community a ton of pain?

The fates of Etrigan and Jason Blood have been intertwined since the days of Camelot, and now, in the world of Future state, has come to an end. And though the two had a contentious relationship through the centuries, seeing Blood try to kill Etrigan will be classified as one of Future state most memorable moments.