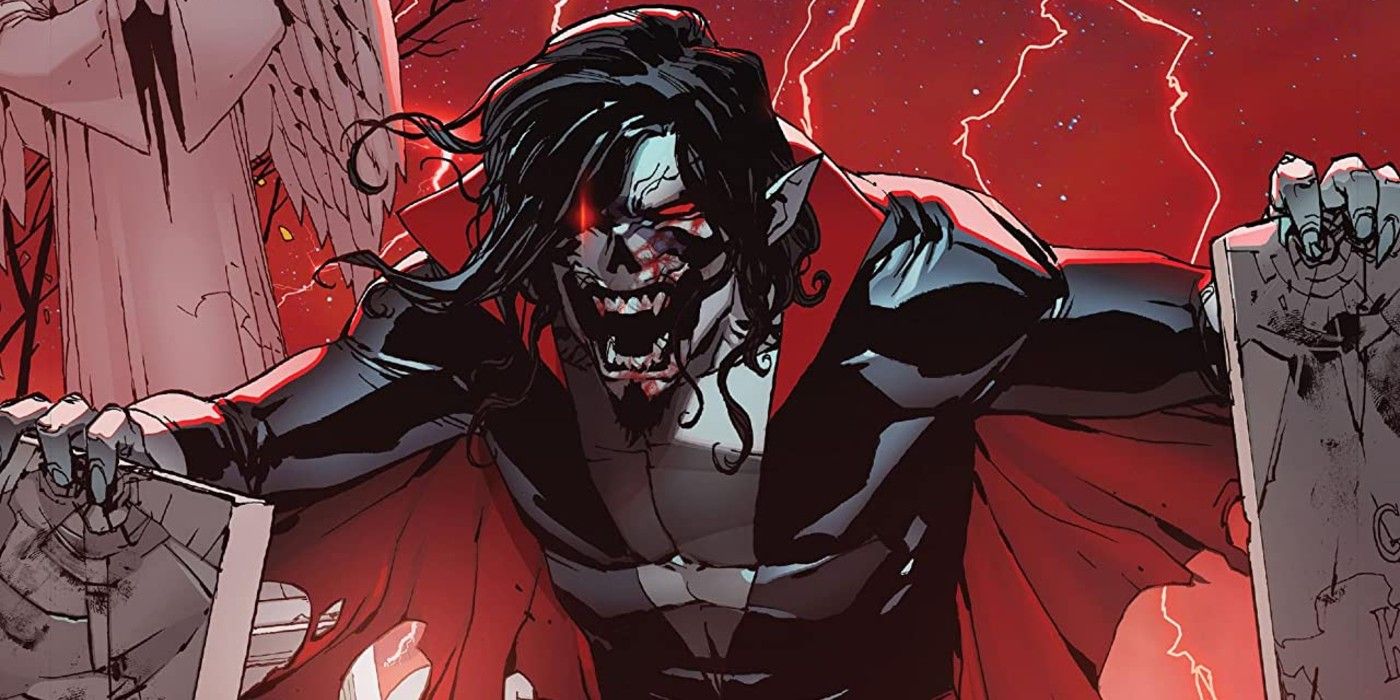 Marvel has recently revealed that Morbius the Living Vampire has a surprising connection to a classic Marvel villain: Mister Hyde!

Spoilers for Morbius: Binding of Blood ahead!

Marvel has revealed that Morbius the living vampire has a surprising connection to a classic Marvel villain. In the one-shot Morbius: Binding of Blood, Morbius must search for a former colleague to help save the life of a family friend, and this former colleague turns out to be Dr. Calvin Zabo, also known as Mr hyde! The issue, written by Ralph Macchio with art by Tom Reilly and colors by Chris O’Halloran, is now available in stores and at all digital comic outlets.

Morbius is set to leap into the mainstream this year with the release of a feature film starring Jared Leto, but the character has a 50-year history at Marvel. Created as a way to circumvent the Comics Code Authority’s ban on vampires, Morbius debuted as a Spider-Man villain, but eventually morphed into an anti-hero. Originally a Nobel Prize winning biochemist born with a rare blood disease, he experimented on himself, transforming him into a “living vampire”, with many vampiric powers and very few of his weaknesses, such as garlic and crucifixes. A big part of the character’s appeal is seeing him struggle with his dual nature – vampire and human, and the struggle was brought to the fore in this new one-shot.

Related: Morbius the Living Vampire’s Most Haunting Story Will Never Be a Movie

Immediately after his transformation, Morbius attacked and killed his best friend Nikos in a blood frenzy; once the frenzy subsided, Morbius was overwhelmed with guilt for what he had done. Years later, she learns that Nikos’ only son suffers from a rare disease and learns that Calvin Zabo has worked on a possible treatment for the condition. Seeing an attempt by his deceased friend to do the right thing, Morbius takes it upon himself to save the boy. Readers learn that Zabo and Morbius worked together years before, before their later transformations. Zabo agrees to help on one condition: Moribus breaks into the Ravencroft Asylum and steals Zabo’s Hyde Formula. Morbius is reluctant to do so, but realizes that it is his only way to save the boy. He retrieves the formula and Zabo gives him the serum, but it doesn’t work and the boy dies. Furious, Morbius confronts Zabo, who has now transformed into Hyde. The two fight and Moribus bites him, eventually triggering a transformation back into Zabo.

The paths that the two friends took are very different; Hyde is amoral: he let a child die just so he can get his formula back. Compare that to Morbius, who was reluctant to help Hyde and only did it to help save a life. Morbius has more compassion and empathy than his old friend.

Both of them Morbius and Zabo /Hyde they are biochemists, so getting to know each other is not an exaggeration; both are also monstrous in appearance and yet it is Morbius who proves to be the better of the two.

Next: Morbius Comics You Must Read To Understand Jared Leto’s Marvel Character

Thor’s famous ax wasn’t actually made for him