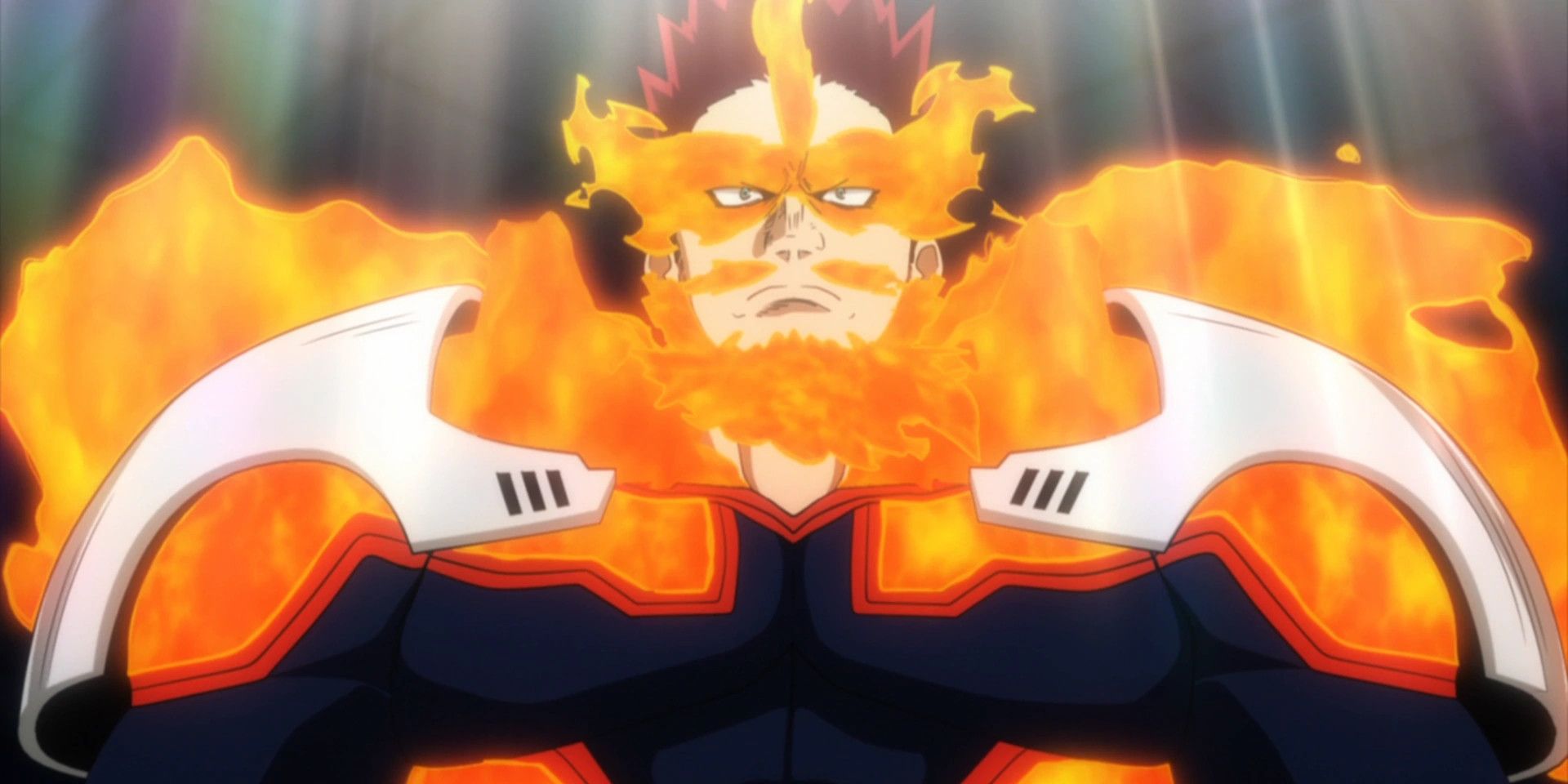 In My Hero Academia # 300, Endeavor wakes up in a crumbling Japan and realizes how much he has broken his family.

Japan is in a desperate situation in the last chapters of My hero academia. Citizens no longer trust proheroes to protect them in the aftermath of the Paranormal Liberation War; even popular heroes like Best Jeanist receive hateful looks and harsh condemnation. All Might’s retirement anxiety was barely kept in check even in peacetime, and now that villains released from six maximum-security prisons are wreaking havoc across Japan, fear is at an all-time high. Untrained civilians are using their Quirks to defend themselves, causing increasing destruction and death, and all the blame falls on the shoulders of one man: Endeavor.

Enji Todoroki, better known as the prohero Endeavor, awakens for the first time since the war in Chapter 300. Reporters swarm outside his hospital, waiting for answers about his mass murderer son and his failures as the number one hero, but the Public consequences are the least of the burdens you have to bear.

Now that he’s off the battlefield, Enji’s guilt and regret are really sinking. He has spent most of history trying to atone for his past, but until the war, he could not understand how much he had broken his family. The prohero is horrified that his son Toya survived only to become the mass murderer known as Dabi. Not only does he blame himself for the dark path Toya is now walking, Dabi is the human embodiment of all his worst traits, but for freezing when his children fought each other to the death during the war.

Enji tells himself that he was a fool for thinking that he could atone, and that the pro-hero Endeavor is now dead. His reputation was deeply devastated by the national broadcast of Dabi during the war. Endeavor was already unpopular because he couldn’t bear the weight of an entire nation on his shoulders like All Might. The broadcast that blamed him for the devastation of the nation was the final nail in the coffin. Worst of all, he might have to fight Toya, and he can’t bring himself to raise a hand against his son.

RELATED: My Hero Academia Reveals The Truth Behind [SPOILER]corpse

Overflowing with guilt, Enji burst into tears and cries alone in the hospital. His sons Fuyumi, Natsuo, and Shoto arrive at the same time and stand there watching him cry. He repeatedly tells them he’s sorry, and that all the regret and guilt he feels now is too late to mean anything. Fuyumi reacts sadly, Natuso is coldly unsympathetic and Shoto keeps his emotions unreadable. However, Enji is silent and is speechless when his wife Rei enters the room, telling her that they need to talk about their family, Toya especially.

Enji is legitimately surprised by Rei’s appearance. She has been living in a mental institution since Shoto was a little girl, so this is probably her first meeting in over a decade. It seems that the next few chapters will detail the dark truths of the Todoroki family and whether they will be able to survive the hatred of the nation.

KEEP READING: 5 Shonen-style books to read if you want your novels to be more like anime

Attack on Titan: Levi is strangely underrated as a Shonen rival

Alex Lukas is a novice novelist and freelance writer. He graduated with a double major in Film Production and International Relations from Occidental College in Los Angeles, and is well versed in media analysis from both a political and entertainment perspective. In his spare time, he tames leopard geckos.