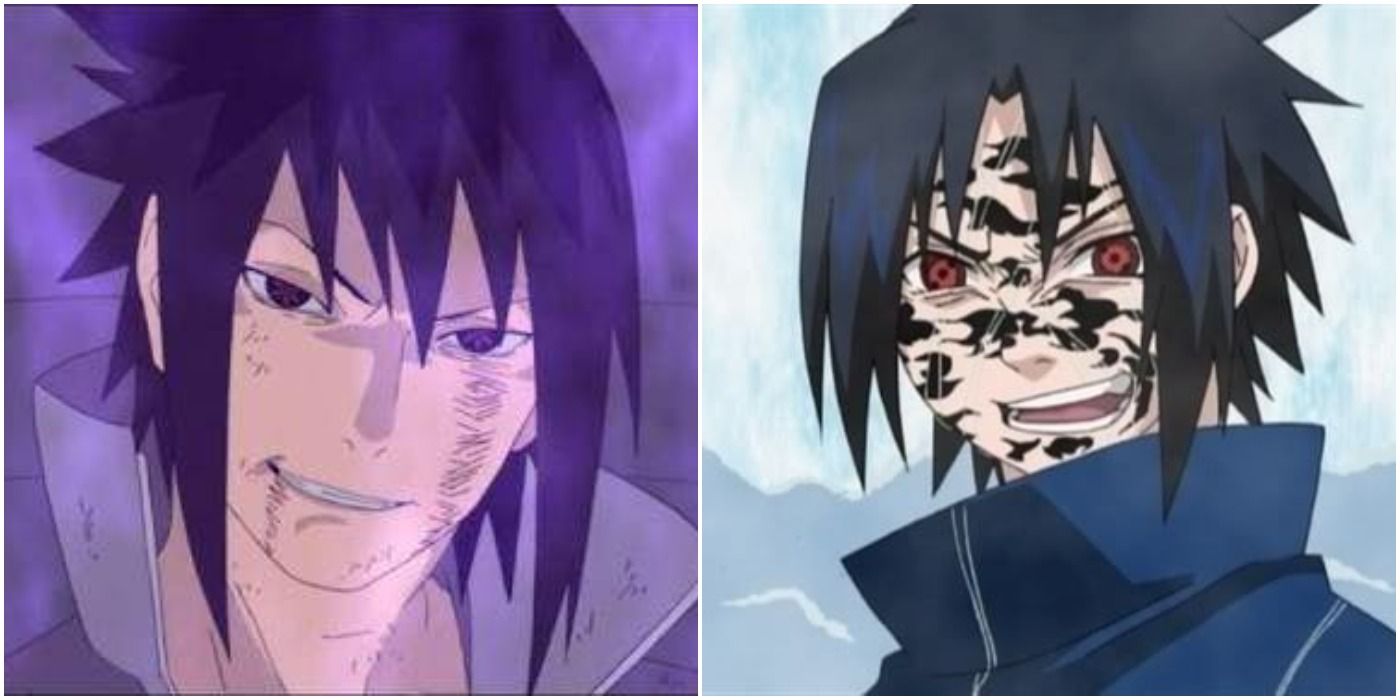 Sasuke Uchiha is one of the main characters of Masashi Kishimoto Naruto series and rival Naruto Uzumaki. Introduced as the last surviving member of the Uchiha clan, Sasuke’s role in the story was always going to be quite complicated.

From the beginning of his journey as a shinobi, the burden of the Uchiha clan’s tragedy weighed on him, and consequently, everything became worse for him. Putting together everything that came with being an Uchiha for Sasuke, it wouldn’t be an exaggeration to say that he had a lot of scars just from the weight of the Uchiha name.

In the world of ninjas, only the strongest survive. Sasuke, being one of them, had to grow stronger throughout his life, however being an Uchiha certainly made it that much more difficult for him. The Uchiha’s strongest asset is their Sharingan, which can only be awakened through strong emotion, such as the loss of love.

Also, the Mangekyo Sharingan can only be activated when a loved one dies and that is a high price to pay for any power.

9 His father had high expectations of him

Each Uchiha is blessed with immense talent in the form of Sharingan and Sasuke was no different. However, being born into the clan meant that there was a certain level of expectation that he had to achieve.

Fugaku, Sasuke’s father, wanted great things from him and constantly compared him to his brother, Itachi Uchiha. All of this made Sasuke’s life worse and at times even made him feel worthless.

8 He was forced to witness the murder of his clan

Sasuke grew up well to a certain point in his life that changed everything for him, and that was the Uchiha Clan Massacre. For him, it happened out of nowhere and seeing his own brother, Itachi Uchiha, being behind it was a chilling experience.

If that wasn’t enough, Sasuke was forced to witness the murder of everyone, including his parents, by Itachi using the Tsukuyomi Genjutsu.

7 I was burdened with avenging the clan

Witnessing the Uchiha Clan Massacre deeply disturbed Sasuke, and that was to be expected. This tragedy weighed on his mind all the time and made him a completely different person. Sasuke’s entire life revolved around the revenge he sought for the death of his clan.

RELATED: Naruto: 5 Reasons Sasuke Should Be The 8th Hokage (& 5 Should Be Shikamaru)

It’s pretty sad to witness any kid go through that, but since Sasuke was an Uchiha, this burden fell on his shoulders.

6 Orochimaru looked for him

After the Uchiha clan tragedy, Sasuke was the last known surviving member of the Uchiha clan, aside from Itachi, who orchestrated the Massacre. As such, villains like Orochimaru set their sights on him to seek the power of the Sharingan.

By manipulating him with the power offer, Orochimaru managed to get Sasuke away from the village, all for his personal gain, which Sasuke didn’t care about at the time.

5 He had to break his ties with his best friend

While being an Uchiha doesn’t necessarily mean one has to be a lone wolf, in Sasuke’s case, he was offered few options. To gain more power, Sasuke figured he had to leave the village behind and go his own way, even if it meant breaking the only bond he had created since the death of his clan, on Team 7.

To avenge his clan, Sasuke had to fight Naruto and break the bond they shared. If the weight of an entire clan hadn’t fallen on his shoulders, Sasuke would have lived a normal life.

4 Had to kill his own brother

Sasuke was the only known member of the Uchiha clan that Itachi forgave during the Uchiha Clan Massacre, and this made him believe that he had to be the one to take down his brother.

Even if it was to avenge the clan, having to kill his own blood was painful for Sasuke and quite tragic. Sasuke had a messy childhood and killing his brother didn’t make things any better for him.

3 Hers was inflicted with the curse of hate

The curse of Uchiha hatred is a common thing that occurred in almost all members of the Sasuke it was no different. Being born into this clan meant that Sasuke would eventually lose someone he loved with all his heart which, in this case, was his brother, Itachi.

After Itachi’s death, his love turned to hatred and he became a cold and ruthless person who would do everything he could to obtain what he considered justice for Itachi’s death.

two He was pushed down the path of bloodshed

Although Sasuke Uchiha left the village of Konohagakure, his only goal was to kill Itachi. Right up until the moment Itachi died, Sasuke did not kill any innocent people and never resorted to violence against those who did not deserve it.

However, Itachi’s death changed him completely and from then on, he didn’t care who he crushed in his quest for revenge against Konohagakure.

1 The reincarnation of Indra was made

Indra Otsutsuki was the son of Hagoromo Otsutsuki, the sage of the six paths and the ancestor of the Uchiha clan. After Hagoromo chose his brother, Asura, as his successor over Indra, vowed to destroy his brother, if not in his lifetime, then in the life of his reincarnation.

As such, being an Uchiha meant that Sasuke was chosen by Indra to reincarnate and lead him down a fatal path where he was destined to fight Naruto Uzumaki, the reincarnation of Asura Otsutsuki.

NEXT: Naruto: 10 Things You Missed In The Fourth Great Ninja War