Netflix: Malcolm & Marie and 9 Other Best Modern Black and White Movies You Can Stream Now 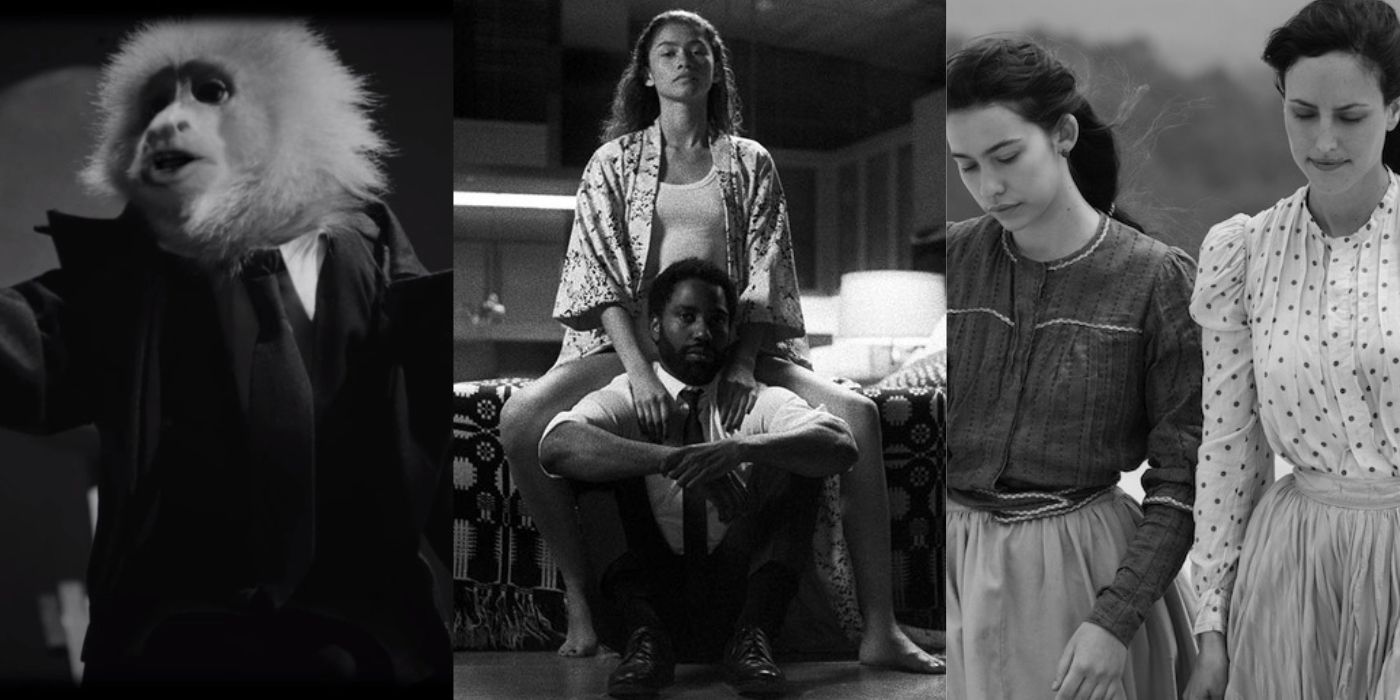 Starring Zendaya and John David Washington, Malcolm and Marie It was one of the most anticipated Netflix releases of this year. The romantic drama was based on a black and white visual aesthetic that went well with its intimate narrative focused on the conflict between the two leads. Director of photography Marcell Rév, of course, deserves the credit of having created Malcolm and Marie’s gloomy and peaceful world.

In recent years, Netflix has presented several original films that have been based on a monochrome aesthetic, ranging from Rome to The Forty Year Old Version. At the same time, the streaming service has its fair share of other acclaimed black-and-white movies (which are not Netflix originals), such as Cold War, and some documentaries that are based on stock footage (such as the Remastered Serie).

Malcolm and Marie is essentially a ‘talkathon’ of a movie, written and directed by Euphoria creator, Sam Levinson. For his simplistic and rich visual style, Levinson drew on his Euphoria collaborator, Marcell Rév. The film takes place over the course of one night and the locations change from room to room in a luxurious residence.

The main characters share a toxic relationship, the repercussions of which they feel when confronted verbally throughout the night.

Although it is not a Netflix original, Blue jay has had its home on Netflix for some time, as have many other movies under the Duplass Brothers Productions banner. Mark Duplass produces, writes, and stars as the lead, opposite Sarah Paulson.

Blue jay follows a similar approach to romances like Malcolm and Marie in the sense that it is a dialogue-driven drama with a minimal setting and a limited premise in time. Two high school sweethearts meet again by chance and decide to spend a night together. The film does not attempt to weave any exaggerated notions of romance and only tries to understand the feelings of nostalgia and regret.

Rome It has a simple premise, but it remains one of Alfonso Cuarón’s most ambitious projects, and possibly the most personal as well. Inspired by his childhood in Mexico, the director and screenwriter also serves as editor and cinematographer to tell the story of Cleo (Yalitza Aparicio in a promising debut), a domestic worker who ends up sharing a close bond with her employer’s family. .

As well as delving into Cleo’s emotions, the film treats her location as a character unto herself. Black and white tones are well suited for panoramic shots of Mexico City of yesteryear.

Orson Welles’s last film was perhaps also the most experimental endeavor of his career. Although shot in the 1970s, the movie was finally released to the public on Netflix in 2018. It follows a quick cut approach, transitioning between grainy color and black and white images.

A sad satirical documentary at its core, The other side of the wind documents the last days of a veteran director (John Huston) working on his final cinematic quest. Movie tropes within a movie are used to document the making of this fictional movie, producing some deadpan humor and surreal art.

A favorite from last year’s awards, The Forty Year Old Version marked Radha Blank’s impressive film debut as an actress, writer, director and producer. The dramatic comedy fictionalizes her life as a feisty playwright seeking to find new meaning in life through an interest in rap.

However, her conflicting career and life choices tend to affect her as she approaches 40. Heartwarming, poignant, and funny when needed, the film is one of the most recent Netflix originals in recent memory. The color tone was intentional for the film’s focus on hip-hop. As Blank told Variety, “Hip-hop culture is often presented as over-sexualized, and I feel like taking the color off forces you to see a certain level of humanity.”

David Lynch has puzzled moviegoers for decades with his absurdly unique stories and characters. WWhat did Jack do? it’s an equally bizarre experiment that could polarize your audience. It would be a Herculean task for one to discover the “true meaning” behind this cryptic 17-minute short.

The entire film unfolds as an interview between a detective (Lynch) and a capuchin monkey suspected of murder. The conversation ends up being almost useless, but it is this uselessness that makes the movie funny and haunting at the same time.

Curtiz is a Hungarian biographical film about Hungarian-American director Michael Curtiz, one of the pioneers of Hollywood’s Golden Age. The Netflix film documents Curtiz’s (Ferenc Lengyel) troubled relationship with his estranged daughter as he prepares to direct his future masterpiece. White House.

RELATED: 10 Best Black and White Movies of the Last Decade

Set in World War II, Curtiz it also tries to decipher the political interventions and the dilemmas facing its theme. For those who wish to understand the tumultuous production of White House, Curtiz would make an attractive watch.

Just as Curtiz took care of the realization of White House, Mank unearth the story behind Citizen Kane and the personal trials and tribulations of his co-writer, Herman J Mankiewicz. Based on a script by his late father, Jack Fincher, Mank is David Fincher’s gripping project that balances style with substance.

From its first seconds, it becomes apparent that the director wishes to replicate the black and white era of Hollywood. From vintage-style sound design to lavish sets and over-dramatic monologues, Mank is an epic biopic that serves as a fitting tribute to its historical setting. With a set led by the dynamic Gary Oldman, it’s easily one of Netflix’s most memorable black-and-white movies.

Shades of black and white present an underlying sadness that suits tragic romances, Elisa & Marcela being one of those examples. The Netflix Spanish movie is inspired by the first same-sex marriage in Spain.

The titular protagonists (Natalia de Molina and Greta Fernández) share a forbidden love with each other at the end of the 19th century. As time passes, one of them decides to pose as a man so that they can finally have a socially acceptable marriage. In terms of plot, Elisa & Marcela it tends to get mainstream, but still delivers bittersweet melodrama against its prolonged visual planes.

Another visually stunning tragedy shot in monochrome is Pawel Pawlikowski’s Polish historical romance, Cold War. As the title suggests, the film takes place in a tumultuous time of political polarization in Europe. In this context, two musicians fall in love, go their separate ways, and then meet again, only to hurt themselves.

The cinematography of Łukasz Żal and the chemistry between actors Joanna Kulig and Tomasz Kot add a brooding beauty to Cold Warnarrative that takes place in a short time of execution. In terms of visuals and emotional depth, Cold War serves as a perfect companion for the 2013 classic Going which marked Pawlikowski and Żal’s first creative collaboration.

NEXT: 10 Most Anticipated Netflix Original Movies in 2021