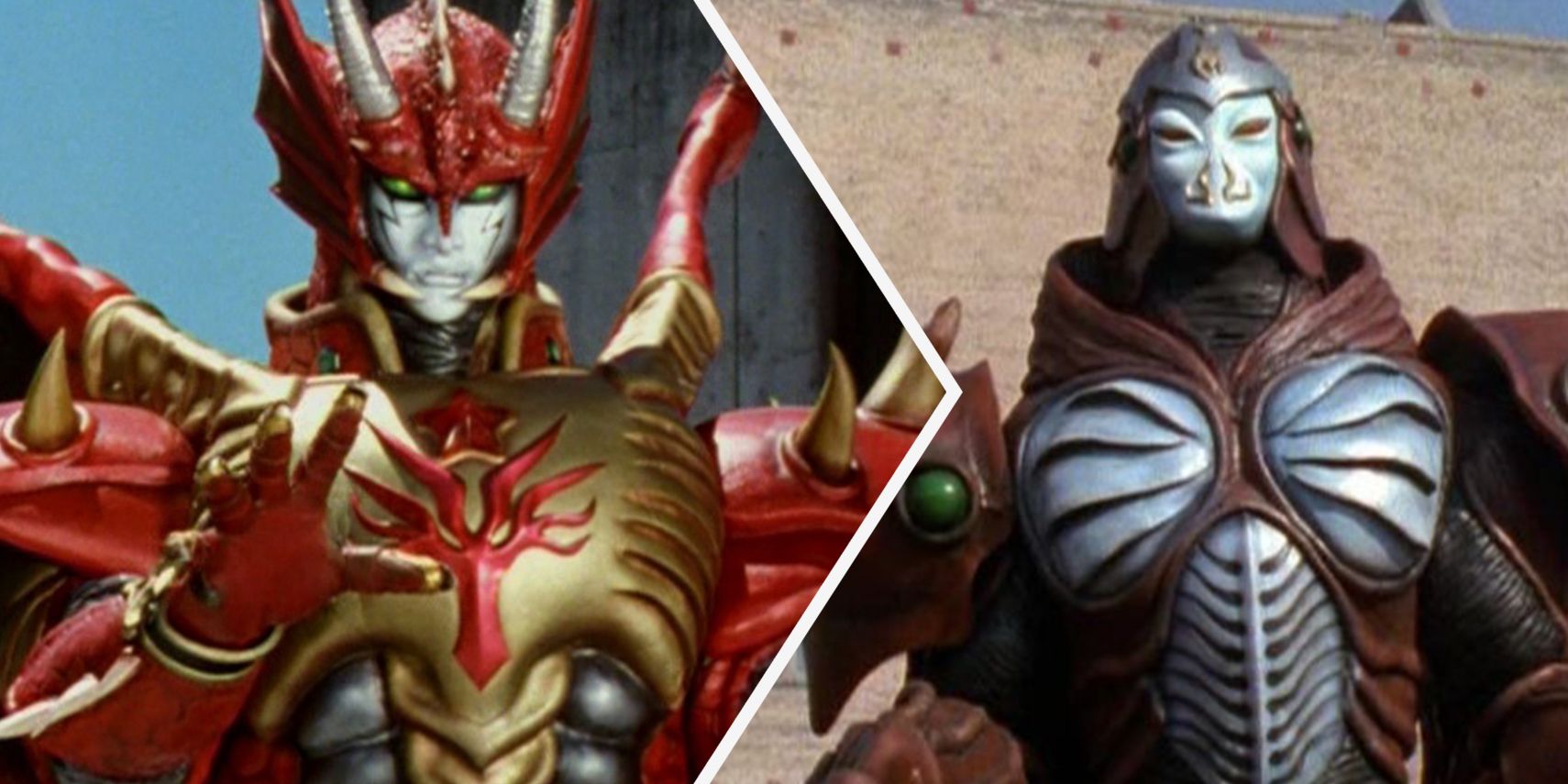 Each Power Rangers series had one main goal. Save the world and innocent lives from treacherous villains. Each series had its memorable enemies and monsters. This was certainly true for Power Rangers Lightspeed Rescue. The villains on the show were demons that were trapped years ago by a powerful sorcerer, making them unique.

They are on the loose and plan to destroy Mariner Bay on the orders of Queen Bansheera. In each episode, the Rangers had to defeat one of their heinous monsters that Jinxster brought to life. There were a few monsters and even major villains that sent fans chills. Some of them had fascinating stories and powers and they had a hard time defeating the Rangers.

Ghouligan was a memorable monster because he is the first the Rangers face as a team and he served as the main villain in the pilot episode. Carter sees him for the first time while rescuing a girl from a fire before being recruited by Lightspeed. Ghouligan was a perfect test for the new Rangers.

He was arrogant, spiteful and evil. Ghouligan was a fire demon and had the ability to use fireballs and charge his body to create a Mega Flame. He gave the Rangers a run for their money, but believing the Rangers were cowards led to their defeat.

In the end, he was defeated by the Lightspeed Megazord. In a later episode, Queen Bansheera resurrects him alongside another monster. This time he was more powerful as he was resurrected in an advanced form. It causes distress by putting Ms. Fairweather and other workers at risk in the volcano in which they were trapped. He blows up the volcano before the Rangers destroy it with a Turbine Super Charge.

Fireor was a main antagonist in “A Matter of Trust”. This was the first monster created by Baby Impus. He proved to be a powerful monster when he defeated one of Bansheera’s followers, Loki. Shocked, Diabolico sends him to retrieve a power cell that is being transported by the Rangers.

To destroy the city, create a ring of fire that draws in the heat and powers of the sun, turning the city into a blazing bonfire. He also had the ability to use fireballs and nearly beat the Rangers. But he is defeated when they use the ladder arms against him and finish him off with the Megazord Saber.

During the course of the show, certain episodes were dedicated to a Ranger. “Neptune’s Daughter” was about the Blue Ranger helping prevent Diabolical from obtaining the Trident of Neptune. The main monster was Aquafiend, who lives in the depths of a lagoon.

He manages to steal the trident and uses it to drain all the water in Mariner Bay. Aquafiend was a challenge to the Rangers when he was enlarged and had control over the trident. The history with the monster also sparked a little romance between Chad and Marina, Neptune’s daughter. In the end, Aquafiend is destroyed.

Fans of the series will vividly remember the introduction of these three monsters. His story became important as it led the Titanium Ranger to improve and join Lightspeed. They were the last three and most powerful monster cards from Diabolico. This group of monsters became the Ranger’s toughest enemy.

They used innocent looking feathers that would explode at dusk over Mariner Bay. The Rangers are unable to stop them and are seriously injured. Ryan helps them and the monsters retreat. But they return with a new trick up their sleeve. With a mirror card, they created a Demonite clone. This led to a grisly scene that nearly cost Carter his life saving the others.

Demonite, Thrunderon, and Falker became one of the most memorable monster trios even after they were initially defeated. This is because they came back even stronger, but this time combined into one. In “The Cobra Strikes”, the monsters turned into crystals that Diabolico used to create Troika.

Combined, Troika became an invincible monster and even deflected the Rangers Spectra Blast. In another encounter, the Rangers are no match for them and their power. Mrs. Fairweather calls you to use her new Battle Boosters. With their new tool, they defeated them once and for all with a Battle Booster Beam Attack.

While Ryan may have made the decision to fight for the good with Lightspeed, Diabolico still had control over him. In a dream, Ryan is chained to a pillar and Diabolica gives him a parting gift. A cobra tattoo will rise up your back every time you use your Titanium Morpher until it reaches your neck and kills you.

Ryan ventures to the tomb where the demons were imprisoned. Finding the Incarnate Cobra statue, it comes to life, and Ryan battles it to destroy his curse. At first, Cobra takes advantage until Ryan uses his Titanium Ax to destroy the pillar, crushing Cobra forever.

Prince Olympus was first known as Impus. It was a baby created by demons in the absence of Queen Bansheera. Diabolica viewed him as a threat, as Bansheera promised to give his son his Star Power if he failed. After Diabolic’s death, he transforms into his mature warrior form.

In his first encounter with the Rangers, they are no match for him, and he even gains access to Aquabase and assumes their forms. Olympius came close to defeating the Rangers and getting rid of Vypra and the others. When he was trapped in the Shadow World, he absorbed the powers of demons to become powerful. In the end, he is betrayed by his mother and resurrected with Diabolico, but is destroyed by the Lightspeed Rangers.

Queen Bansheera was a force to be reckoned with. For most of the show, she was just a demon spirit, while her minions did all the work. But she still proved to be vile and evil. He did not care about his son and only saw him as a pawn in his great plan. He even turns against Diabolico.

When he almost regains his full form, he destroys Vypra to use her demonic energy. Fans can vividly remember his raucous laugh and grotesque monster form, with sharp teeth and tentacles. Determined to rebuild her palace, she is defeated by the Rangers with the help of Diabolico and trapped forever in the Shadow World.

Diabolico was Queen Banishera’s right hand when it came to taking over Mariner Bay. He was a powerful demon with star power that Queen Bansheera threatened to take from him after his failures. After the destruction of Troika, Diabolico was enlarged but ended up being destroyed. Vypra and Loki revive him.

In a turn of events, Queen Bansheera seizes Diabolica’s body and forces him to kill her friend, Loki. This is a turning point for him as he becomes an antihero and helps the Rangers find their weak spots. But it’s back under his control, but he manages to give Carter the key to the tomb. His final act was to return in his spirit form after his death to save Carter and drag Bansheera to the Shadow World.

NEXT: Mighty Morphin Power Rangers: 5 Characters We Want On Our Team In A Zombie Apocalypse (And 5 We Don’t Want)